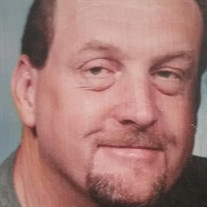 Calvin Ray Cook, age 53, of Bristol, TN passed away Friday, July 21, 2017 at his residence. He was of the Pentecostal Faith and a floor installer by trade. He was preceded in death his mother, Helen Mullins; brother, Clyde Mullins; sister, Barbara... View Obituary & Service Information

The family of Calvin Ray Cook created this Life Tributes page to make it easy to share your memories.

Send flowers to the Cook family.