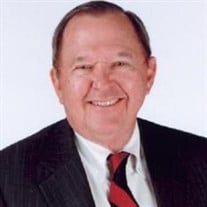 Carol Martin “Bill” Gatton, 89, passed away Monday, April 18, 2022, at Ballad Hospital in Bristol, Tennessee. Bill was born May 25, 1932 in Bremen, Kentucky and is survived by his wife and daughter. Bill grew up on his family’s farm in Bremen, Kentucky and learned many life lessons on that farm. He graduated from the University of Kentucky in 1954, majoring in Business Administration and Economics and received an MBA Degree in 1958 from the Wharton Graduate School at the University of Pennsylvania, majoring in Finance and Banking. Bill entered the U.S. Army as a Second Lieutenant and completed two years of active duty in 1956. He established his first automobile dealership in Owensboro, Kentucky in 1959 and sold that business in 1965. He purchased the Chevrolet and Cadillac franchises in Bristol, Tennessee and moved there in 1967. Bill made his home in Upper East Tennessee since that time but his heart never left Kentucky. He has owned automobile dealerships in all three cities of the Tri-Cities, Lexington, Kentucky, Nashville and Clarksville, Tennessee, Huntsville, Alabama and Austin and San Antonio, Texas. Bill enjoyed the automobile business but also loved the real estate and banking industries. Bill often quoted a statement he heard Senator Howard Baker make and that is, “There is a time for learning, a time for earning, and a time for returning or giving back”. Bill was a great example of that statement. He strongly believed in education. He worked hard during his career to earn and has returned and given back to many not only in monetary ways, but by mentoring to all that he could. A formal viewing will not be held. There will be a private family funeral at Bethlehem Cemetery in Bremen, Kentucky. The family requests that no flowers be sent but that expressions of sympathy take the form of donations to your favorite charity or do an act of kindness. Condolences and memories may be shared with the family at akardfuneralhome.com Akard Funeral Home, (423) 989-4800 is honored to be serving the Gatton family.

The family of Carol Martin "Bill" Gatton created this Life Tributes page to make it easy to share your memories.

Send flowers to the Gatton family.