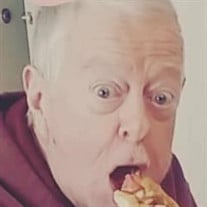 David Millard “Dave” Cooper III, age 82, passed away peacefully in his sleep December 2, 2018 at the Cambridge House in Bristol, TN. He was born July 7, 1936 in Bristol, VA to David Millard Cooper II and Helen Torbett Cooper. He graduated from Tennessee High School, attended the University of Georgia, and served in the United States Marine Corps. He worked at WCYB for 22 years where he was an artist, videographer, director and producer. He then went to Bristol Tennessee City Schools as a Media Specialist and helped them create their studio where he also taught television broadcasting. Dave and his wife Nancy loved traveling with the Mighty Viking Band. He videoed and documented competitions and their other performances. Lastly, he worked at ETSU of Bristol in the Telecommunications Department. He retired in 2008 after a successful battle against colon cancer. He spent his time with his wife Nancy and their Golden Retriever, Maggie. Along with his parents, he is preceded in death by his loving wife Nancy and their infant son, Billy Joe. He is survived by his daughter, Karen Dameron and husband, Eric of Bristol, TN; son, David Cooper and wife Stacie of Bristol, TN ; grandchildren, Joshua Dameron and his wife, Brandi, Jacob Dameron, Lillian Dameron, Kyuss Cooper, Daegan Cooper; great-grandchild, Aleina Maria Belle Dameron; sister, Susan Lynn Cooper, numerous cousins, several nieces and thousands of friends. He was a loving Daddy and Papaw to his family. He was very quick witted and loved to make others laugh. The family would like to extend a special thank you to the staff of Cambridge House for the loving care they gave David. The funeral service will be conducted at 3:00 P.M., Sunday, December 16, 2018 at Akard Funeral Home with Rev.Shawn Street officiating. The family will receive friends 2:00 – 3:00 prior to the service. In lieu of flowers memorials may be made to St. Judes Children’s Research Hospital, 501 St. Jude Place, Memphis, TN 38105 or to a charity of your choice. Condolences may be sent to the family at akardfuneralhome.com Akard Funeral Home, 1912 West State St., Bristol, TN (423) 989-4800 is serving the Cooper family.

The family of David Millard "Dave" Cooper III created this Life Tributes page to make it easy to share your memories.

Send flowers to the Cooper family.