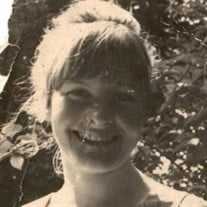 Elke Anna Katharina Schmidtke Stone, a resident of Redmond, Washington, passed away peacefully on October 10, 2020, surrounded by her spouse and children, after a long and hard-fought battle with cancer. She is survived by her husband, James Madison Stone, Jr. of Redmond, Washington, and their three children and five grandchildren: James Madison Stone, III (and his spouse Michele Shartsis Stone) of Sammamish, Washington; Alexander Nicholas Stone (and his spouse Rebecca Young Stone) of Centreville, Virginia; and Thomas Willoughby Stone (and his spouse Sara Conccetta DePasquale) of Seattle, Washington. She also leaves behind five grandchildren: Erik Levi Stone and James Madison Stone, IV (children of James and Michele Stone); Emma Grace Stone and Abigail Kathryn Stone (children of Alexander and Rebecca Stone); and Margaret Elizabeth Stone (child of Thomas Stone and Merinda Clayton, from a prior marriage.) Elke was born in Goldap, East Prussia, Germany (present-day Poland). She lived the first four years of her life on her family's estate known as Gross Blandau, which was a working farm. She was raised by her mother Frieda Martha Schmidtke Külisch and her aunt Gertrud Helena Schmidtke. Her father, Max Strauss, was missing in action in World War II. Frieda and Gertrud evacuated Gross Blandau with their daughter in October 1944. The three walked through a war zone over 500 miles, staying in various cities, towns, and farms and often relying on the kindness of strangers. They finally reached safety in Tessin, East Germany the following summer. They resided there until 1953, when they escaped to West Germany, living in West Berlin and refugee camps in Neuburgweiher and Billigheim, before finding an apartment in Hassmersheim and then finally Sinsheim, Baden Württemberg. Elke graduated high school in Mosbach, Germany and then graduated from the Institute for Foreign Languages in Heidelberg, Germany. In 1966, she married James Madison Stone, Jr. in Sinsheim, Germany. They then had their first child James Madison Stone, III in Heidelberg. In 1969, she moved with her husband and son to Dallas, Texas. In Dallas, she worked in the insurance industry for Marsh & McLennan and Chubb, helping put her husband through graduate school. There they had their second child, Alexander Nicholas Stone. In 1977, she moved with her family to Brigham City, Utah, where they had their third child, Thomas Willoughby Stone. In 1980, she moved with her family to a suburb of Stuttgart, where her husband represented an American company with Mercedes Benz in the development of automobile airbags. They returned to Ogden, Utah in 1983, where she resided until 2007. She became a naturalized U.S. citizen in the 1990s. While in Ogden, she started a translation business (DocuTrans, Inc.) and performed technical, legal, and business translations. She subsequently enjoyed working at the Weber County Library. In 2007, Elke moved to Washington state to be closer to her children and grandchildren, where she remained until her passing. Elke had lifelong passions for foreign language, art, archeology, and learning about cultures different from her own. She took Russian language courses at Weber State University in Ogden, was active in an Eastside German conversation group in Redmond, Washington, and enjoyed participating in a mindfulness class at the Issaquah Senior Center. Elke will be forever missed by her surviving family and friends. Her values of compassion, curiosity, and reason will be carried on by her progeny. A funeral service will be held on Saturday, October 24, 2020, 10:00 a.m. at Akard Funeral Home at 1912 W. State Street, Bristol, Tennessee, followed by a burial at Highpoint Cemetery, 24168 Highpoint Road, Bristol, Virginia, at 12, Noon, where several generations of the Stone family are buried. Elke's family wish that their thanks and gratitude be conveyed to the caretaking and health care professionals of Aegis Marymoor, Providence Hospice of Seattle, Providence Home Health, particularly Nurse Cody, and Anisoara ("Anna") Olarean, whose kindness, love and support meant so much to them during the last months of her life. In lieu of flowers, the family requests that contributions be made to the American Cancer Society, Providence Hospice of Seattle, or the Seattle Humane Society in her name.

Elke Anna Katharina Schmidtke Stone, a resident of Redmond, Washington, passed away peacefully on October 10, 2020, surrounded by her spouse and children, after a long and hard-fought battle with cancer. She is survived by her husband, James... View Obituary & Service Information

The family of Elke Anna Katharina Schmidtke Stone created this Life Tributes page to make it easy to share your memories.

Send flowers to the Stone family.