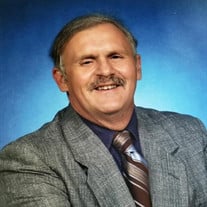 George Custus Hays III, 66, of Kingsport, died Saturday, February 26, 2022 at Holston Manor, Kingsport. He was a lifelong resident of Sullivan County and son of the late George Custus Hays Jr. and Kathryn Rebecca Hays. He graduated from Dobyns-Bennett High School where he received his diploma and played on the football team. He received a Bachelor of Science degree in Forest Management from the University of Tennessee, Knoxville. He also received an Associate of Applied Science degree in Electrical Technology from Northeast State Technical College in Blountville, TN. He was employed for 10 years with Bandit Lites of Knoxville, TN serving as a lighting and touring technician with multiple artists such as Kenny Rogers, Alabama, Blackfoot, R.E.M., New Edition, The Allman Brothers Band, Lynyrd Skynyrd, ZZ Top, The Whispers, The Pretenders, and Cameo. From 1993 until 2019, he served as an electrician, providing electrical services with various contractors. Most recently, he served as electrician for many nuclear plants’ installation, maintenance, and repair of electrical systems within the nuclear environment. He was a member of Cassidy Methodist Church in Blountville, TN where he taught Sunday School. He had a great zest for life, always taking advantage of local activities and adventures wherever he travelled. He was an avid, lifelong fan of the Oakland/Las Vegas Raiders and the Tennessee Volunteers. He held Tennessee football season tickets for many years and attended countless games. His hobbies included being an avid pier fisherman around the country as his nuclear plant contractor work took him throughout the U.S. He attended many rock concerts while working in the industry during his Bandit Lites career as well the remainder of his life. He was a Civil War buff, often visiting historic sites and reenactments wherever his travels took him. Surviving are his brother, Alan Hays of Waldorf, MD, two nephews, Sean Hays of Severn, MD, Ryan Hays of La Plata, MD, and Barbara Hays of Port Tobacco, MD. A funeral service will be conducted Saturday, March 12 at 10 am in the Chapel Mausoleum in Glenwood Cemetery 839 Bluff City Hwy, Bristol, TN 37620. The Reverend Thomas Hancock will officiate. “The Crew” will serve as honorary pallbearers. Following the funeral, the Hays family will receive friends and family at the American Legion Post located at 515 Marion Avenue, Bristol, TN. Condolences and memories may be shared with the family at akardfuneralhome.com Akard Funeral Home, (423) 989-4800 is honored to be serving the Hays family.

The family of George Custus Hays III created this Life Tributes page to make it easy to share your memories.

Send flowers to the Hays family.