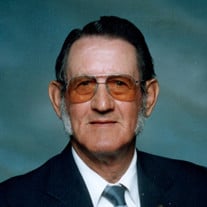 Harry J. Heltzel, age 86, of Bristol, VA passed away on Thursday, February 20, 2020 at Johnston Memorial Hospital after a lengthy illness. He was born on May 11, 1933 in Job, WV (near Elkins) to the late Harry Roscoe and Hazel Day Heltzel. He was also preceded in death by his sisters and brothers-in-law, Wanda Lee and Walter Cunningham, Ruby and Herbert Coberly; brother and sister-in-law, William G. and Carolyn Hicks Heltzel; infant brother and sister, Harold and Betty; two sons, Robert J. Heltzel and Gregory Balay. Much of Harry’s life was spent in pipeline construction. He began working at 15 as a water boy for a pipeline construction, and during his career he worked in over 30 states for different companies including R.L. Coolsaet Construction Co of Michigan, where he served as Vice-President of Mainline Construction. He retired on disability from a back injury in 1994. Harry was a Korean War Veteran and a POW. A brief writeup in the Elkins WV newspaper in 1953, stated that he was awarded the Silver Star medal for heroic action in Korea, the headquarters of the 187th Airborne Regimental Combat Team at Chickamouga, Japan. The award was made for heroic duty the night of June 24, 1953 in Kumwha Valley section of Korea. He was seriously wounded refusing to leave until the last man had returned to his own line. In addition to the Silver Star, he held the Bronze Star, Purple Heart with two clusters, Senior parachutist badge and other badges and ribbons. He was a Mason, belonged to York Lodge #12, where he was Past Worshipful Master. He was the past District Deputy Grand Master for the 46th District. Harry was also a member of Liberty Hall #104, Damascus, VA and a faithful member and elder of Walnut Grove Presbyterian Church, where he attended regularly until his illness. Survivors include his wife, Sallyanne Mumpower-Heltzel; daughter, Lynn Heltzel; step-daughter, Ginny Shaver; five granddaughters; daughter-in-law, Stacy Belay of UT; former daughter-in-law, Pamela Feldman Whitaker; sister, Joy Sue Rayford of Akron, OH; brothers, Warden (Letha) Heltzel of Milan, OH, John Heltzel of Sheffield, OH; several nieces and nephews and longtime friend, Joe A. Elliott of Glasgow, KY. The funeral service will be conducted at 2:00 P.M., Monday, February 24, 2020 in Walnut Grove Presbyterian Church with Rev. John Markel officiating. Burial will follow in Walnut Grove Presbyterian Church Cemetery with Military rites conducted by the Bristol VFW Honor Guard. Pallbearers will be John Hobbs, Adam Wilson, Bill Bish, Terry Shell, Charlie Bill Heltzel and Billy Upchurch. The family will receive friends from 6:00 – 8:00 P.M., Sunday, at the funeral home with a Masonic Service conducted by the York Lodge #12 at 6 P.M. Memorials may be sent to York Lodge, #12, 14461 Peaceful Valley Rd., Abingdon, VA 24210; Walnut Grove Presbyterian Church, 3012 Lee Highway, Bristol, VA 24202 or gofundme.com/f/motherdaughter-restoration-project, a project of Harry’s wife. Condolences and memories may be left for the family at akardfuneralhome.com Akard Funeral Home, (423) 989-4800 is serving the Heltzel family.

Harry J. Heltzel, age 86, of Bristol, VA passed away on Thursday, February 20, 2020 at Johnston Memorial Hospital after a lengthy illness. He was born on May 11, 1933 in Job, WV (near Elkins) to the late Harry Roscoe and... View Obituary & Service Information

The family of Harry J. Heltzel created this Life Tributes page to make it easy to share your memories.

Send flowers to the Heltzel family.