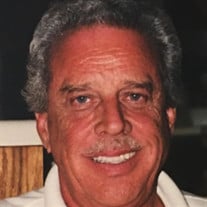 James Randall Maines, age 79, of Bristol, Va., passed away unexpectedly on Wednesday, June 27, 2018 following a brief illness at Bristol Regional Medical Center. He was born in Bristol, Tenn. on May 24, 1939. He was preceded in death by his parents, Claude S. Maines and Anna Lee Sams Maines; infant son, James Robin Maines; and brother, George C. Maines. He is survived by his daughters, April Adams and husband, Mark, and Julia Medearis and husband, David, all of Abingdon, Va; grandchildren, Blake and Tanner Adams, and Alex, Elizabeth, and Daniel Medearis; sister, Linda Webb of Bristol, Va.; niece, Karen Moss; and nephews, David Webb and Dan Webb. He was a graduate of Bristol Virginia High School and took classes at ETSU. He served in the Army and Army Reserves and started working for VDOT at the age of 18, where he remained for 40 years until retirement. He continued doing consultant work for several years thereafter. He was of the Christian faith and in his younger years he attended First Christian Church where he was a member. In recent years, he enjoyed attending Highlands Fellowship, on occasion, with his daughters and often watched Dr. Charles Stanley on Sunday mornings. He was an avid Tennessee Volunteer fan and especially loved watching football games and Lady Vols basketball. When he was younger he was a member of the Hot Rod Club and also followed NASCAR from the very beginning when the Bristol track was first built. He played golf for many years and enjoyed watching it on TV. He was also a member of the Elks Club. Randall was a loving and supportive father to his daughters. He took great interest in his grandchildren’s lives and encouraged them in all their activities, whether that be sporting events, ballet recitals, or academics. He will be greatly missed by his family. They take great comfort in knowing that he had a sincere faith and relationship with Jesus Christ. The graveside service will be conducted at 2:00 P.M., Sunday, July 1, 2018 in Mountain View Cemetery with Rev. Jim Smith officiating. Condolences may be sent to the family at akardfuneralhome.com Akard Funeral Home, 1912 West State St., Bristol, TN (423) 989-4800 is serving the family of Mr. Maines.

James Randall Maines, age 79, of Bristol, Va., passed away unexpectedly on Wednesday, June 27, 2018 following a brief illness at Bristol Regional Medical Center. He was born in Bristol, Tenn. on May 24, 1939. He was preceded in death by his... View Obituary & Service Information

The family of James Randall Maines created this Life Tributes page to make it easy to share your memories.

Send flowers to the Maines family.