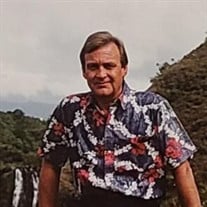 James Madison Stone, Jr., a resident of the Belletini of Bellevue, Washington, passed away at his home on December 28, 2021 after a long battle with cancer. He is survived by his brother Donald Lee Stone and brother's spouse Elyse Stone of Charlotte, North Carolina; children James Madison Stone, III and his spouse Michele Darleen Stone of Tucson, Arizona; Alexander Nicholas Stone of Ashburn, Virginia; and Thomas Willoughby Stone and his spouse Sara Conccetta DePasquale of Seattle, Washington; five grandchildren: Erik Levi Stone and James Madison Stone, IV (children of James and Michele Stone); Emma Grace Stone and Abigail Kathryn Stone (children of Alexander Stone and Rebecca Young); and Margaret Elizabeth Stone (child of Thomas Stone and Merinda Clayton.) He was predeceased by his wife, Elke Stone. James was born in Dallas, Texas, the eldest son of James and Margaret Stone. He lived in several states, including Massachusetts, New Jersey, Iowa, California, Utah, and Washington. James graduated from Point Loma High School in San Diego, California. He served in the United States Army and was stationed in Germany, where he met his wife, Elke Schmidtke. He returned with Elke to Texas in 1969 and later obtained his bachelor's degree and master's degrees in Political Science from the University of Texas at Arlington, where he also taught as a graduate student. James went to work for Thiokol Corporation in Utah, where he was instrumental in bringing airbag technology to market in the European automotive industry during the early 1980s, including establishing a European liaison office near Stuttgart, Germany. James was passionate about education, politics, and history, and gave generously to charities and environmental causes. He took great joy in spending time with and supporting his grandchildren. He was an avid tennis player and outdoorsman in his earlier years, having spent time as a camp counselor, hiking, skiing, camping, and canoeing, including canoe trips on the Colorado and Green Rivers. James will be forever missed by his surviving family and friends. A visitation service will be held at 12:00 p.m. on Saturday, January 8, 2022, at Akard Funeral Home at 1912 W. State Street, Bristol, Tennessee, followed by a funeral service and burial at Highpoint Presbyterian Church, 24168 Highpoint Road, Bristol, Virginia at 2:00 p.m., where several generations of the Stone family are buried. James's family wish to thank his caregivers Anisoara ("Anna") Olarean, Gladys Gachire and Winfred Muiga, as well as the health care professionals and staff of The Belletini, Evergreen Health, Swedish Medical Center, and the Seattle Cancer Care Alliance, whose kindness and support meant so much to him and his family during the last years of his life. In lieu of flowers, the family requests that contributions be made to the American Cancer Society or Seattle Cancer Care Alliance in his name.

James Madison Stone, Jr., a resident of the Belletini of Bellevue, Washington, passed away at his home on December 28, 2021 after a long battle with cancer. He is survived by his brother Donald Lee Stone and brother's spouse Elyse Stone of Charlotte,... View Obituary & Service Information

The family of James Madison Stone Jr. created this Life Tributes page to make it easy to share your memories.

James Madison Stone, Jr., a resident of the Belletini of Bellevue,...

Send flowers to the Stone family.