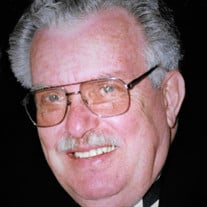 Leslie E. Hilbert, 92, of Bristol, formerly of Richmond, Indiana, died September 2 at the Rehab Center of Bristol, of COVID19. He was born August 31, 1928, to James M. and Estella R. Thompson Hilbert in Jennings County, Indiana. Les graduated from Hagerstown High School in 1945 and attended the University of Cincinnati. He served as scout master for The Crossroads of America council and was active in Richmond Civic Theatre, both working backstage to build sets as well as acting in several productions. He served two terms as president of the Bristol chapter of Kiwanis International and also served as a district Lieutenant Governor. He was a recipient of the George S. Hixon Fellow Award for Kiwanis International. Les was a charter member of the Celebrate Bristol Committee and was appointed an Honorary Colonel for his work as charter member of the Bristol Sesquicentennial Committee. He enjoyed woodworking and bluegrass music. Les was preceded in death by his parents, son Tom Hilbert, brothers Virgil Hilbert, Mark Hilbert, and Marvin Hilbert, and sisters-in-law Connie Hilbert and Vida Hilbert. He is survived by children: Dan (Linda) Hilbert of Corbin, Kentucky, Nancy (Pete) Beaman of Richmond, Indiana, Emily Hilbert of Newburgh, Indiana, Joe (Stephanie) Hilbert of Richmond, Indiana, and daughter-law Susan McVicar of Henderson, Kentucky; brothers Dean Hilbert of New Castle, Indiana and Don Hilbert of Hagerstown, Indiana, sister Judy Haisley (Joe) of Richmond, Indiana; 11 grandchildren and 21 great-grandchildren; nieces and nephews; many cousins. There will be no public calling. Inurnment at Brick Church Cemetery in Hagerstown, Indiana, will be private and at the convenience of the family. Memorial contributions may be made to Kiwanis International. Condolences and memories may be left for the family at akardfuneralhome.com Arrangements have been made by Akard Funeral Home of Bristol.

The family of Leslie E. Hilbert created this Life Tributes page to make it easy to share your memories.

Send flowers to the Hilbert family.