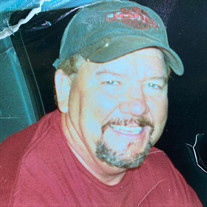 Legendary motocross champion, Ron “Wirehead” Jones, age 64, of Blountville, TN crossed his final finish line for his greatest victory of all times into his eternal home reuniting with his son Tanner, brother Rick and his parents on Saturday, May 23, 2020 at his home surrounded by his family. At the age of 20, he took over his father’s business, RL Jones Trucking Company, after attending Virginia Highlands Community College. Ron was of the Christian faith and well versed in the Bible. He attended Norfolk Avenue Church of God growing up. He recently spoke of the days he served as camp counselor at the Church of Gods youth camp in Roanoke. Later in life he attended Christian Fellowship Church and enjoyed watching Charles Stanley. Ron encouraged his loved ones that Jesus is all that matters. Ron was a motocross legend, with too many titles and achievements to list in his three decades of racing fame. He obtained titles all across the Southeastern Atlantic region. He was a lifetime member of the American Motorcycle Association. Ron was a two-time champion of the prestigious Denver 100 Cross Country/Hare Scramble Race held in Denver, NC. He was a Tennessee, Virginia, North Carolina and Kentucky State Motocross Champion. He was a multiple Mega Series Champion; he was the overall champion of the Eastern Olympiad Motorcycle Race. He was recognized at as a fast national rider. Ron also won the 1983 Daytona Amateur Supercross Open Expert division recipient. Ron’s motorcycle career was legendary, and at the initial Southeast Motocross Racer’s Reunion Ron was named as one of the top ten motocross riders during his racing career. After his career in motocross, he seamlessly transitioned from motorcycles to horses. Ron was known for getting in the saddle and racking up titles despite him not having the standard horse training. He achieved many winnings in Team Penning and Cowboy Mounted Shooting. He earned the top rider in the Mid-Atlantic region of the Cowboy Mounted Shooting Association. He was a member of the Cowboy Mountain Rider Association and featured in Rundown Magazine for his Calvary Run where he rode in full Civil War Attire. He had a love for the Civil War, history and for western movies. He was an avid outdoorsman and enjoyed hunting and fishing across the US. He was a loving son, father, grandfather, brother, uncle and a dear friend to all. Ron gave selflessly his entire life, even through the end of his life through organ donation. He was preceded in death by his parents, Robert and Louise King Jones, son, Tanner Jones and brother, Rick Jones. Survivors include his sons, Willie Aron Jones and wife, Sandra; Chase Jones and wife, Acacia; Bucko Jones and wife, Brooke; Jason Jones and wife, Erin; grandchildren, Tyler Jones, Cooper and Kennedy Jones, Elizabeth and Aubrey Jones, Grayson Jones and Jaylen Phillips; brother, Kerry Jones and wife, Sharon; sister, Karen Stallard and husband, Mark; three step-brothers, Wayne, Mark, and Kevin Wright; two nieces, Maggie and Olivia and three nephews, Robert, Chris, Ryan; significant other and whom he loved dearly, Vanessa Handy and extended family, Bobby and Justin Phillips. The family will receive friends at 5:00- 7:00 P.M., Tuesday, May 26 at Akard Funeral Home. The funeral services will follow in the chapel with Rev. John Mccarroll officiating. The committal service and entombment will be conducted at 11:00 A.M., Wednesday at Mt. View Cemetery Mausoleum. Those wishing to follow the procession to the cemetery please meet at Akard Funeral Home by 10:15 A.M, Wednesday. Condolences and memories may be left for the family at akardfuneralhome.com Akard Funeral Home. (423) 989-4800 is serving the Jones family.

Legendary motocross champion, Ron &#8220;Wirehead&#8221; Jones, age 64, of Blountville, TN crossed his final finish line for his greatest victory of all times into his eternal home reuniting with his son Tanner, brother Rick and his parents... View Obituary & Service Information

The family of Ron "Wirehead" Jones created this Life Tributes page to make it easy to share your memories.

Send flowers to the Jones family.