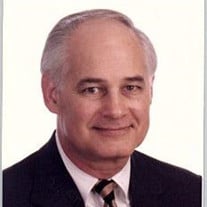 Thomas (Tom) Nance Daniel, Jr., age 80 passed away on Sunday, December 9 at Bristol Regional Medical Center. Tom was a longtime resident of Bristol, TN and born in Durham, NC. He was the son of the late Thomas and Mary V. Daniel. Tom was a graduate of Bristol Tennessee High School and was co-captain of the 1955 Viking football team. He graduated in 1960 from the Virginia Military Institute (VMI), where he was a proud member of the 1957 undefeated, nationally ranked Southern Conference champion football team. Tom served in the U.S. Air Force and retired as a lieutenant colonel in 1981. After retirement, he operated his own small business for several years. He was a former member of the Bristol Chamber of Commerce, the Service Corps of Retired Executives (SCORE), the Bristol Morning Rotary Club where he received the Paul Harris award and was a current member of the Twin City Photo Club. He served as an elected member of the Sullivan County Commission from 1994 to 1998. Tom received a master in science degree in physiology from the University of California in 1970. In the fall of 2008, he joined the adjunct faculty at Northeast State Community College, where he taught classes in human anatomy and physiology. Mr. Daniel was a longtime member and ruling Elder of First Presbyterian Church. Survivors include his wife, Barbara Ann Carmody Daniel; three step-children, Laura Leigh Demo-Stephens and husband, Jeff of Canton, GA; Maria Ann Demo-Hungate and husband, Rob of Bluff City, TN and James Andrew Demo and wife, Tracie of Ringold, GA; six step-grandchildren, Emily Clark Dillow and husband, Michael; Aaron Clark; Jack Anderson, Coleman Demo and wife, Shelbi; Zach Demo and Ethan Demo; twin step-great-granddaughters, Emma and Ella Dillow. The celebration of life will be conducted at 2:00 P.M., Saturday, December 15, 2018 at First Presbyterian Church with Rev. Sam Weddington and Rev. David Welch officiating. The family will receive friends after the service until 4:00 P.M., in the Fellowship Hall. In lieu of flowers, memorials may be sent to First Presbyterian Church. 701 Florida Ave., Bristol, TN 37620; the Virginia Military Institute, P.O. Box 932, Lexington, VA 24450 or any charity of choice. Condolences and memories may be left for the family at akardfuneralhome.com Akard Funeral Home, (423) 989-4800 is serving the Daniel family.

Thomas (Tom) Nance Daniel, Jr., age 80 passed away on Sunday, December 9 at Bristol Regional Medical Center. Tom was a longtime resident of Bristol, TN and born in Durham, NC. He was the son of the late Thomas and Mary V. Daniel. Tom was a... View Obituary & Service Information

The family of Thomas (Tom) Nance Daniel Jr. created this Life Tributes page to make it easy to share your memories.

Send flowers to the Daniel family.