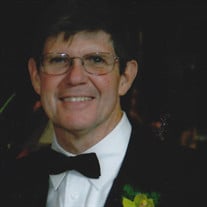 William Anthony McIlwain, M.D. 67, of Bristol, TN passed away on Monday, April 17, 2017. William was born in Waynesboro, MS to Robert and Bernice McIlwain on May 29, 1949. He graduated from the University of Tennessee Knoxville with a degree in Chemistry and attended Medical School at the University of Tennessee Medical School in Memphis. He completed his residency and internship at Brook Army Medical Center in San Antonio, TX, after which he spent 2 years at Landstuhl Regional Medical Center in Landstuhl, Germany. He practiced Orthopedic Surgery in Bristol from 1982 until his retirement in late 2007. William (aka Dr. Mac) had a brilliant mind, compassionate heart, and a kindness and sweetness that went unparalled. He had a fierce love and loyalty for his family, his friends, and his patients, and was adored by his wife, children, and those that knew him. Dr. Mac was dedicated to the highest standard of care for his patients. He was a founding member of the North Atlantic Spine Society (NASS), successfully bringing together surgeons from all over the country in effort to collaborate and innovate the newest and best care for spinal patients. He was also an inventor and developed an artificial hip for Howmedica, as well as developing and patenting other medical devices. He was known for his easy sense of humor, hardworking nature, and love of cars and UT football. William is survived by his wife of 46 years, Dian McIlwain of Bristol, TN, his daughter Cameron Applegate (husband Nic), his son Douglas McIlwain (wife Sarah), his grandchildren Allie (McIlwain) Charles (Applegate), Claire (Applegate), and Cora (Applegate), his brother R. L. McIlwain, and his numerous loving nieces, nephews and other relatives. He is preceded in death by his son, William A. McIlwain, Jr. and his parents Robert and Bernice McIlwain. The family would like to express their special thanks and appreciation to Joe Spiva for all his support and friendship to William in his later years. A memorial service will be held at a later date. In lieu of flowers or donations, please hug your family and do something nice for someone. Condolences and memories may be sent to the family at akardfuneralhome.com Akard Funeral Home, 1912 West State St., Bristol, TN (423) 989-4800 is serving the family of Dr. McIlwain.

William Anthony McIlwain, M.D. 67, of Bristol, TN passed away on Monday, April 17, 2017. William was born in Waynesboro, MS to Robert and Bernice McIlwain on May 29, 1949. He graduated from the University of Tennessee Knoxville with a degree... View Obituary & Service Information

The family of William Anthony McIlwain M.D. created this Life Tributes page to make it easy to share your memories.

Send flowers to the McIlwain family.